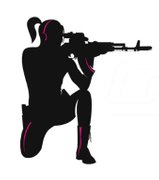 Order your GIRLZ on F.I.R.E T-Shirt! 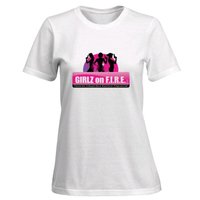 Training is our passion and we truly love what we do!

GIRLZ on F.I.R.E. LLC was founded in 2015 with the goal of becoming the Piedmont Triad's largest Women's only firearms training facility in the Triad. Our mission is to eliminate the fear of firearms in Women, allowing them to protect themselves and their families. We train women in the safe use of firearms and educate them on the laws required to become a concealed carry handgun owner in the State of North Carolina.

Services offered include North Carolina Concealed Carry Handgun Certification Training, Intro to Handguns (by request for small groups), and Handgun Cleaning to the residents of Greensboro, Winston-Salem, High Point, and the surrounding areas.

Formed as a limited liability corporation, is a new company operating in the Firearms Training Industry. GIRLZ on F.I.R.E., L.L.C. operates primarily as a service provider.

A Special Level of Care

GIRLZ on F.I.R.E. specializes in helping women eliminate their fear of firearms by teaching safety, fundamentals of marksmanship, and laws relevant to the State of North Carolina. Both classroom instruction and on range training provides you with the peace of mind required to protect you and your family, leaving you Empowered, Armed, and Aware.

Every course begins with the Rules of #FirearmSafetyTraining!

To stay updated on the latest Firearm laws and legislature in NC, visit the NC Dept. of Justice.

Like any sport, proficiency in Marksmanship requires training to develop both skill and speed.

"Dear Rhonda I would like to thank you so very much for yesterday. I really appreciate the time you spent teaching me and helping me.  I really enjoyed the class and am excited to keep moving forward in honing the skills you taught me so I can better protect myself and family." ~ Lisa C. Mocksville, NC

"I had a great experience with Rhonda she has alot of knowledge on the complete field of guns,along with the safety on handling a gun,conceal and carry.She was wonderful with the inexperienced of guns explained the Law in every day terms where anybody can understand." ~ Derrick B. Winston-Salem, NC

Wesmar Shooting Range is owned by the Hedgecock family and is located in High Point, NC, 3 miles from our office.

GIRLZ on F.IR.E. currently offers classes on Saturdays. To book a class, visit bookwhen.com/gilzonfirellc. To schedule private one-on-one training, please give us a call.